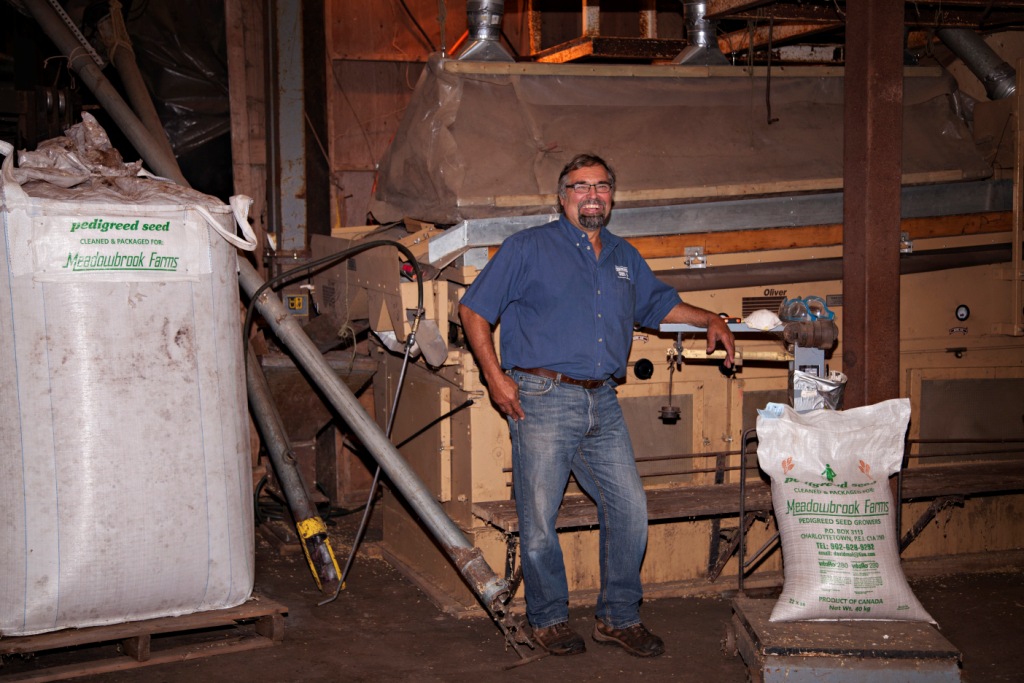 Meadowbrook Farms has operated in Winsloe since 1962. The Mol family moved to Prince Edward Island from Chatham, Ontario where they grew sugar beets, seed oats, barley, tobacco, and had a beef feedlot. Stanley and David also operated a feed lot finishing business in Winsloe with a basic herd of Limousin and Charolais cows and calves, however, balancing a thriving real estate business and the increasing challenges of the cattle industry in the late 60’s and 70’s, led the farm to move to cash crop production emphasizing seed grain production. David’s grandfather grew one of the 1st commercial crops of winter wheat on PEI in 1962 and David started soybean production in 1976, and for over 20 years the Charlottetown Research Station used the farm for its winter cereal plots. The farm in Winsloe has seen crops of broccoli, cauliflower, onions, garlic, flax, canola, oil seed, and radish, and has actively cooperated with new and innovative industry initiatives. More recently after serving as national president of the Canadian Seed Growers, David has focused on developing new varieties of milling wheat, malt barley and food grade soybeans on the approximately 1300 acres they crop. He has also incorporated organic production on roughly 70 acres. Future challenges include the farms location within the City of Charlottetown’s boundaries, and succession planning.